Skip to main content
Modern slavery is when someone is forced to work for no money. It is illegal and a form of abuse.
Image
Topics
Abuse Safety

Modern slavery is illegal exploitation of people for personal or commercial gain. The victims are tricked or threatened to make them work for little or no money, or to pay back a debt.

Victims of modern slavery can be any age, gender, nationality or ethnicity. The abuser uses different ways to make them work. They use fear and intimidation to stop the victims from leaving. They may also:

Modern slavery is abuse and a crime.

Modern slavery could be happening in your community so it’s important you know the signs that could indicate someone is a victim of this crime.

Victims are often told that what is happening to them is normal and that they cannot trust anyone else. But forcing someone else to work for no money is always wrong.

Support in other languages: Many people who are victims of modern slavery are more vulnerable because they cannot access the internet. They may also be vulnerable because they cannot read information in English. You can download printable information sheets in lots of different languages including Albanian, Chinese and Polish from the Modern slavery : Closer than you think website, where there are also videos and infographics.

Support in other languages: These leaflets from the NSPCC explain children's rights, child trafficking and how to ask for help in lots of different languages.

We all have a role to play in keeping people safe from harm. If you think someone may be a victim of modern slavery tell someone. You will always be taken seriously.

If the person being exploited is a child you can report a concern to the Local Authority.

You can also contact Crimestoppers to make an anonymous report.

You can report online or using the Unseen App. 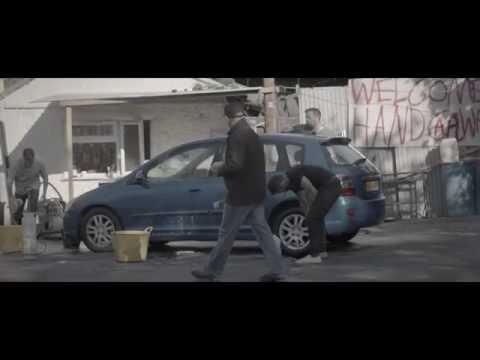 Sometimes adults who are exploiting children will describe what they are doing as employment, or a career. They may pay amounts of money, or claim they are offering a future, or security.

For young people who have not had a job before, and even some adults (especially those with difficulties or disabilities) this can seem reasonable. The money, especially if it given as a lump sum or in cash, can seem like lots of money - even if it is a less than you could earn doing an apprenticeship.

For any new business opportunity, ask yourself these three questions:

If you have answered yes to any of these questions, then there us a strong chance you are being exploited - even if the person giving you the job is a friend or relative.

If you are aged under 18, you are an exploited child.

Talk as soon as possible to an adult you trust like a teacher, social worker or school health nurse, or report the situation to the police, the Local Authority or contact the Modern Slavery helpline.

Crucial: Employers have to follow lots of rules to keep their employees safe and healthy - especially if they are employing younger workers. Find out more about your rights as an employee and working legally.

Thames Valley Police - Modern Slavery &nbspHow to report, and more about how to spot the signs from the police.
Modern Slavery Helpline &nbspMore about modern slavery, including how to discuss a concern or make a report

Domestic abuse is when someone is being hurt or victimised by their partner. It is a crime and is never okay.

This page should have an option of a translated version in most european and eastern european languages. So surprised that this was not thought of by lower management.

Thanks very much for your suggestion Tony. This is absolutely true, and many people who are in vulnerable situations do not have access to the internet, either. As I'm sure you saw, we link through to print-out information about trafficking in multiple languages on the NSPCC website above. As a result of your suggestion, I have also added in a link to print-out information on modern slavery in multiple languages. Thanks again for taking the time to comment.